Here is the next installment of ‘Turn out your Pockets/Kindle the Flame’, an online exhibition of the stories and ‘treasures’ from our social media community.

If you would like to get involved, please email [email protected] with your stories and pictures. 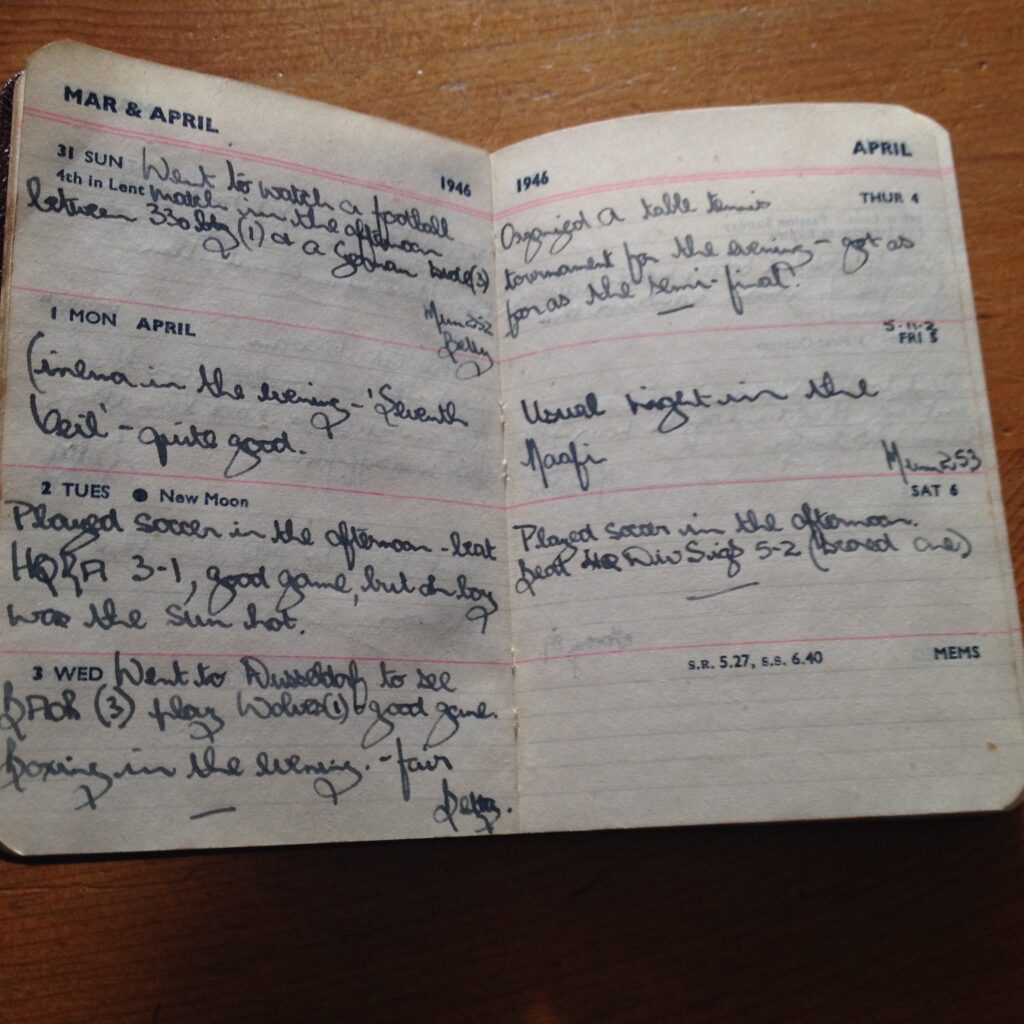 ‘During the house clearance of my parents’s home I came across a lot of photographs that I hadn’t seen before. Dad also kept diaries, so after browsing through everything I was able to link a diary for 1946 to a football team photo and the football programme. I have also included some snippets from a 1945 diary which I am in the middle of transcribing.

Dad didn’t talk about his time in the army so it is just a bit of a glimpse of his army life. Off duty he enjoyed trips to the cinema and theatre and enjoyed a lot of sport. Don’t know why but that surprised me!

February 19th
Saw Monty when he passed by today.

April 23rd
On leave, back home in Cardiff

May 3rd
Heading back to Gennup. Lights all blazing in Lille as we passed through, celebrating the fall of Berlin.

May 4th
Unconditional surrender announced of all forces in N.W. Germany to 21 army g.p

May 5th
Passed through Hamburg which is almost a shambles. Saw hundreds of Germans tramping along to give themselves up.

May 8th
Declared VE Day. Great celebrations everywhere. PM and King spoke on radio. No parades today.Party on in night, bags of beer floating round

May 9th
Another regimental holiday.

Next few months dad seems to be doing clerical work, sorting out pay.

August 10th
Leave cancelled for all
R Signals eligible for Far East, which includes me.

Attlee announced on midnight news that Japan had accepted Allied Terms ———THE WAR WAS OVER.

Seems to be a case of waiting for a departure date now. 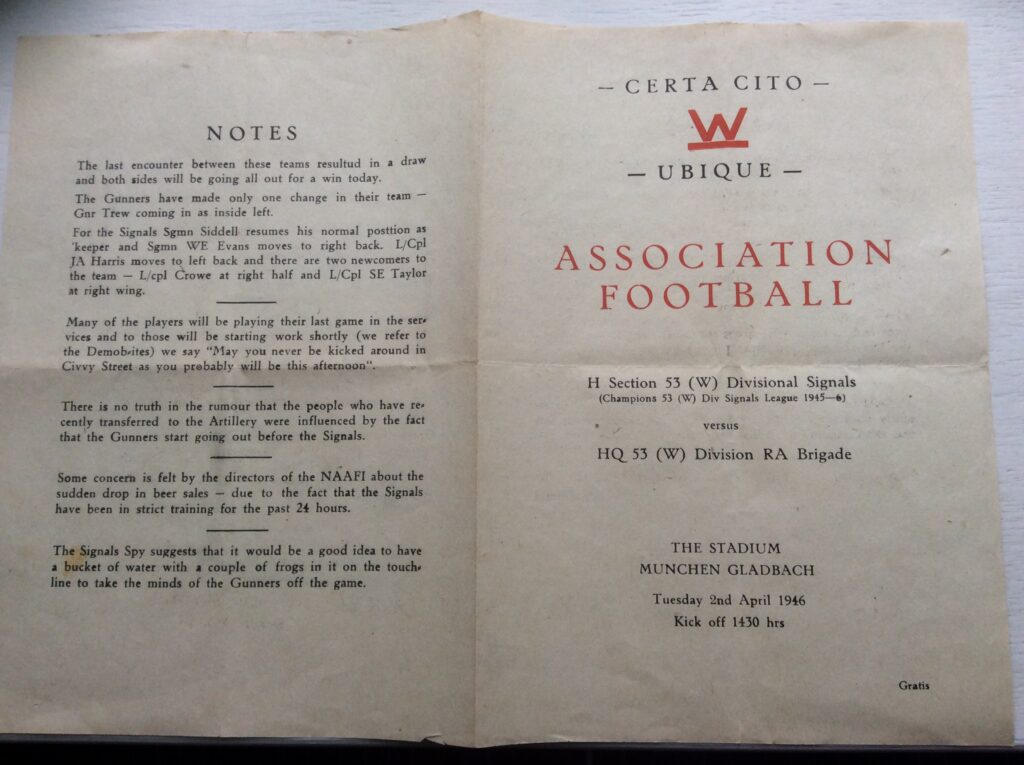 April 8th
Last trip to cinema in the evening but only stayed an hour as the film was deadly.

Dad went off to Scotland shortly after to meet my mother’s family .
Dad had met mum sometime in 1945 in Brussels. She was in the ATS and a telephonist .
It was all down to dad’s truck breaking down and he had to spend a couple of days in Brussels, I think they met at a dance .