Here is the next fascinating peek into the family archive of one of Narberth’s residents as part of our online ‘Turn out your Pockets/Kindle the Flame’ exhibition.

‘The Schlesinger family were German Jews and were well educated and quite wealthy. My father Franz went to University and became an Engineer (in Germany a “Diplome Engineur” was the equivalent of a Chartered Engineer in the UK today). He spent much of his time inventing things and when I was going through his papers I discovered a patent. Although I am not sure what it was for, I know the family were very proud in his name.

During his time studying and working Franz became friendly with Heinz Kroch who was a Doctor of Chemistry. They decided that a move to the UK was necessary if they were to survive beyond Hitler’s regime and with the help of funding from Anna Kroch’s family Heinz set up a business manufacturing leather pigments and finishes in Eccles, Lancashire. The business quickly flourished and Franz then also moved to the UK to assist Heinz with maintenance and engineering.

My Dad, Franz had a sister, my dear Auntie Kitty, who was a librarian. She moved to the UK, to London, independently but for the same reasons.

My Mum, Gerda meanwhile had been born into a family of milliners in Upper Silesia (now Poland) and after her education worked in the family business to gain experience. Later she had a series of jobs in large shops (including a shop similar to Woolworths). Gerda also had a sister Hilda who, with her fiancé Henry Wahrburg escaped to Eccles as a staging post for their new life in New York.

The Schlesinger family archive yielded some interesting sketch books from the early 1900’s. There is an example below. The text reads:

Sketch for the Family Album. Grand Father Simon Schlesinger, born 1793 in Great Wartenberg, died 1869 in Breslau, was the son of Isaac Schlesinger from Buekeburg. His wife’s maiden name was Dura from Reichen Bach or from Staedtel. He was a cousin of Saloman Heine and of Lind Sau (??). His father was the founder of the well known bank Jaro & Landau, Berlin.

The next bit is less clear. I think it refers to Grandfather Schlesinger being badly wounded by a French Carabiner’. 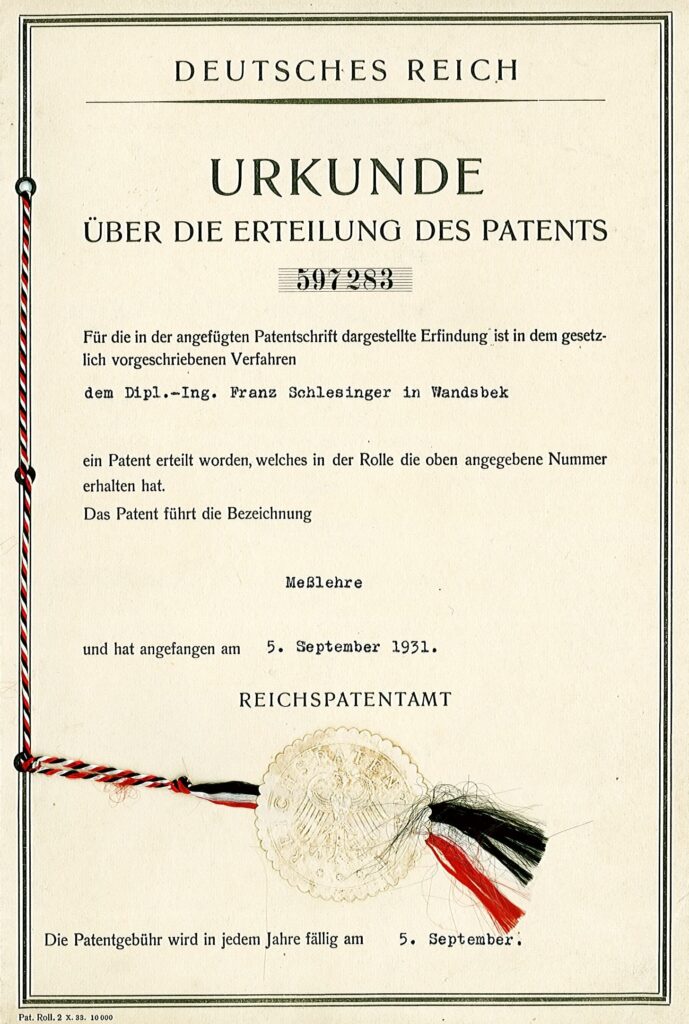 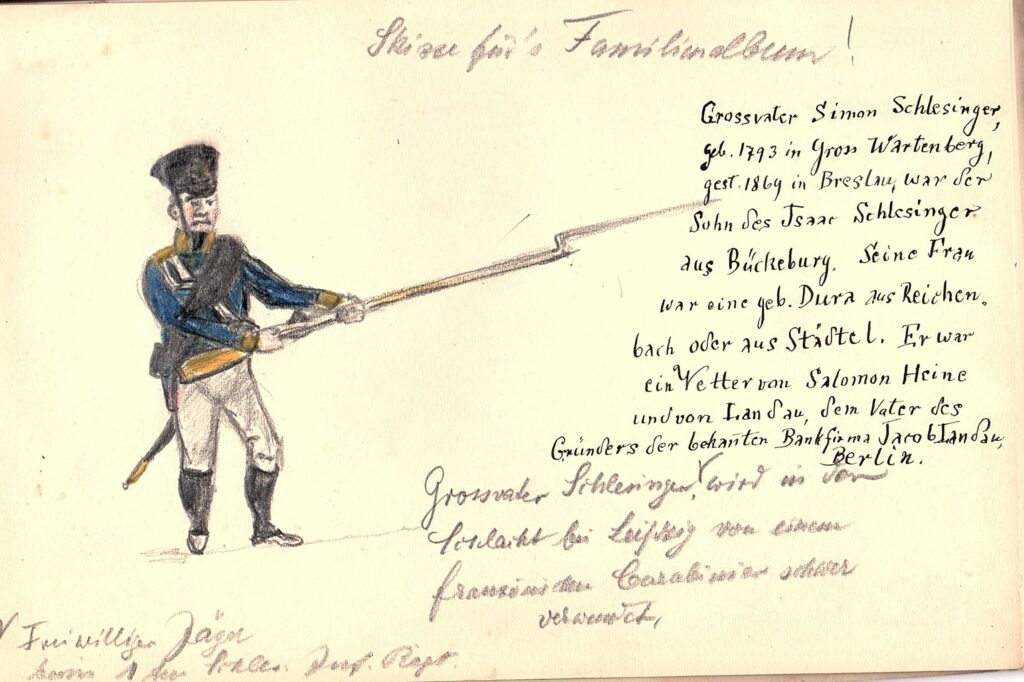